This week: Let’s talk about the weather; If Black History Month happens but white people don’t acknowledge it, does it make a noise?; GOATs might be able to eat a tin can but they sure as hell can’t hold their liquor; And if knowing Donald Trump should have been convicted is wrong, I don’t want to be right.
Dig it…

This week: Let’s talk about the weather; If Black History Month happens, but white people don’t acknowledge it, does it make a noise?; GOATs might be able to eat a tin can but they sure as hell can’t hold their liquor; And if knowing Donald Trump should have been convicted is wrong, I don’t want to be right.

Don’t worry. I promise we’ll get to the “Ruining of America” in due time. But we begin with an uplifting feel-good story.
Ya know… something out of the ordinary!
There was a big storm on the East Coast this week, or what we call a “nor’easter.” That’s a very specific kind of storm that produces heavy rain or snow along with very strong winds from both the “nor” and the “Easter“… or something like that. Thus the name: nor’easter. Which is not to be confused with Downeaster which is a lyric in a Billy Joel song that refers to a lobster boat by the name of Alexa. Which, in turn, is not to be confused with “Alexa,” Amazon’s virtual assistant that listens to everything you say whether you know it or not. Why do you think ads for lawn care pop up in your e-mail every time you call your weed dealer?
Anyway, where was I?
Oh, right! Uplifting story!
During this last nor-easter, 10-year-old Christian Stone of Rhode Island decided he wasn’t just going to sit in his warm bedroom playing Minecraft and/or some other considerably more violent first person shooter game that may or may not better prepare him for our impending dystopian very-near-future. Instead, Christian enlisted a family friend, headed down to his local hospital, and started shoveling snow off hospital workers’ cars as they were finishing their shifts. Christian didn’t check for “Trump 2020” stickers, “accidentally” break a tail light, and move on to the next car. He and his friend just indiscriminately did the work that would help the people who help all of us.
And you might be thinking, “But I banged on a pot everyday for a whole week nine months ago! That counts for something, right?” Yes. Yes it does. And you’re a better person for having done it. But to be perfectly clear, Christian is a much better person than you. And he’s 10.
So much for feeling good, I suppose. Sorry about that.
But your warm fuzzies would have quickly turned to cold sharpies anyway thanks to this next story that seamlessly combines blatant racism with public education – together at last!

February is Black History Month. For slightly less than one-twelfth of the year, white people are asked to expose their gentle natures to the contributions made by black people throughout our nation’s history. But for some very-fairly-persecuted white folk, recognizing black achievement can be a bit of a struggle. This ass-backward group includes the parents of unfortunately select students in the 95% white community of North Ogden, Utah, who didn’t see why their elementary and middle school-aged children should be forced to learn anything about Harriet Tubman other than the damage she did to our good Christian nation’s totally legit cotton farming industry.

So they demanded to opt out!

That’s right: “Opt out” of Black History Month. You know, because apparently education is like an undesirable mailing list. If there’s something you’re uncomfortable learning about, you can just check a box and the teacher won’t send you that homework anymore.
What’s worse, the administrators at Maria Montessori Academy actually agreed to the obviously racist demand. I’m not sure what these particular kids are going to take instead of Black History, but I assume one of their more popular electives is “How to Respectfully Fold a Confederate Flag.” And I realize, of course, that Utah wasn’t part of the Confederacy, but that doesn’t mean the child of a racist can’t be told what to dream, right?
The school in question has a grand (wizard) total of three black students. Not four. That would be gross. But exactly three. Though you wouldn’t know it be visiting the school’s website which conveniently features one of those three black student’s on its home page, as if to say…

I would have included a screenshot of that student from the website but I didn’t want to exploit her. You know… even more.

But like any good fairytale, this one has a happy-ish ending. It seems that once the story slipped out into the mainstream (oops!) the school somehow summoned the courage to have “second thoughts” about bending to the whims of a hateful culture.
#Brave

“We are grateful that families that initially had questions and concerns,” said the Board of Directors, careful not to offend the people who didn’t want their children to learn about black history, “have willingly come to the table to resolve any differences.”

No word yet on exactly how they resolved those “differences,” but something tells me the back row of Black History class at Maria Montessori Academy  this month is going to be filled with kids wearing MAGA hats and listening to Lee Greenwood on school-supplied noise-cancelling headphones. But at least they’ll be in class!

And in a self-serving attempt to put off the actual lead story even longer…
Congratulations to the Tampa Bay Buccaneers who won their first Super Bowl in 18 years thanks in large part to Drunky McGOAT. Yes, clean-livin’ smoothie-drinkie’ yoga-doin’ Tom Brady celebrated his seventh Super Bowl win and fifth Super Bowl MVP award by drinking a Lombardi Trophy full of what I’m assuming was something that normally comes in a ceramic jug with the Buccaneers’ logo on it. Brady was even videotaped, clearly post-celebration, looking like he just got sandwiched by Aaron Donald and a Lincoln Town Car. But he handled it the next day like a third-and-long, quickly dismissing haters with a solid self-mocking tweet…

So, kudos to Brady for making fun of himself.
But if you watch the video…

He really didn’t have much of a choice.
One question though: “avocado tequila“? I know Tom Brady is a young 43, but I didn’t know he was actually 15. What happened? Did the liquor store run out of Boone’s Farm Strawberry Wine?
Look, Tom Brady totally deserved to let off a little steam. It’s just that compared to his post-game celebration, an 1890’s locomotive lets off “a little steam.” I just hope he’s going to be okay. He’s had it pretty rough these past 43 years.

“News We Saw Coming From a Very Sad Mile Away“

… which was a lie, BY A LOT!
And yes, Donald Trump “allegedly” organized the rally in DC where he had several incendiary speakers open for him before taking to the stage himself to deliberately encourage the riled up crowd to…

“March to the Capitol building” and “stop the steal.”

And yes, I left out “peacefully and patriotically,” but only because I’m pretty sure the crowd wasn’t listening at that point anyway. They heard “March to the Capitol,” and immediately and dutifully headed off to hunt down elected representatives of the United States of America on camera… “allegedly.”

To call the details of the case presented by the democrats “horrifying” would be a vast understatement. It was hard to watch let alone imagine let alone have to be 100% certain was enough to convict. Perhaps worst among the revelations: our lame-but-defiant duck’s tweet condemning Mike Pence that was sent out after Trump found out the suspiciously loyal Vice President was basically fleeing for his life. And that was after the crowd could be heard loudly chanting “Hang Mike Pence!” on camera… “allegedly.”
I mean, I know it’s Mike Pence we’re talking about here, but still… I suppose even he doesn’t deserve to be hunted down and hung by a mob. Though his boss seems to feel differently about that.
And yet, despite all this, Mitch McConnell somehow remains the worst person in the world.
There. I said it.

Like the vast majority of normal people I know, I’ve completely run out of patience for this shit. If, for whatever possible reason, you ever liked Trump, let alone continue to like him… just stop.

It’s okay.
You don’t have to pretend anymore. You made a mistake and though I’m guessing your daddy may have told you that makes you a loser, it really doesn’t. People make mistakes. But continuing to support Donald Trump at this point is not just a mistake. It’s like biting into an onion because you think it’s an apple. Some people will immediately say, “Oh, shit! I bit into a fuckin’ onion!” And they’ll spit it out. You know… because they bit into a fuckin’ onion. Then there are people who will try to hide their mistake. They know it was wrong. They’re grossed out by it. And they freely admit they would never do it again. But since nobody saw it, then maybe they can just pretend it never happened.
Then there are Trump supporters.
They’re the ones who will know they’re wrong, that they’ve obviously done the wrong thing and that it’s horrible, but then they’ll look you straight in the eye and finish the fuckin’ onion. And it’s simply not my job to find a way to meet that moronic onion eater in the middle. It’s just not.

Ending, as usual, on a positive note…

This week’s musical guest is Stevie Ray Vaughn.
I could easily have chosen Jimi Hendrix instead, particularly considering this is his song. I could also have chosen an original – Cold Shot, Tightrope, Pride and Joy – all great tunes, but this video was just too good. Vaughn is never at but always near the top of those myriad “Greatest Guitarist” lists that always whittle down (and rightfully so, I suppose) to Hendrix. But there’s just something about watching and listening to SRV that heads straight in to my ever-expanding belly and fills it with delicious grooviness.

Check out the left-handed only solo at 2:35 in particular. It’s cooler than kings against aces.
(Glenn Havlan, I invite you to weigh in on this.)
Besides, anybody who can pull off even a single item of his wild hat/shirt/scarf combination has to be a badass. But all three?!
#HoneyPlease
In the Fall of 1990, Vaughn was scheduled to play in NYC. I was going to go. It would have been my first time seeing him and I was pretty geared up about it. It never happened. Fucking helicopters. Life isn’t always filled with Pride and Joy, but it’s still a shitload better than the alternative.
So here it be. And if you don’t feel this, you might want to go get your feelers checked.
Dig it… 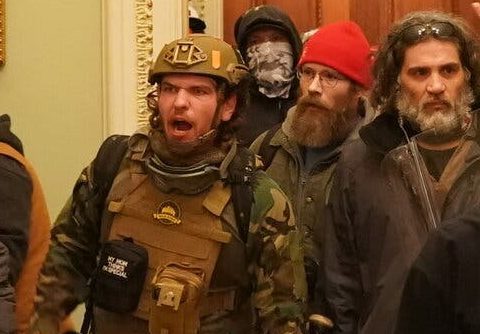